Add inulin fiber to your diet to lose weight. It is natural appetite suppressant that works so badly.

You can’t believe that!

keep reading to see it is true.

A study by the University of Glasgow and Imperial College London tells us that eating foods or supplements that have a molecule made by a bacteria in the gut, kills your appetites for high-calorie foods (appetite suppressant) [1].

In this study, 20 participants have either a milkshake that holds inulin-propionate ester or inulin (a fiber).

Then they show pictures of low or high-calorie foods to these participants.

Scientists found that participants who had milkshake including inulin-propionate ester, had less activity in areas of their brains which is responsible for food cravings.

The propionate tells your brain to suppress appetite.

Another study on 21 participants shows that foods or supplement which has the inulin-propionate ester (IPE) kills your appetite[2].

This study tells that IPE not only cracks down on ad libitum energy consumption but also boosts satiety hormones in our bodies and stops getting any weight.

Research published by the journal called Metabolism tells that supplements or protein shakes which have inulin-propionate ester (IPE) not only work as an appetite suppressant and may cut your cravings for high-calorie foods but also blow-up fat oxidization.

Fat oxidization is the process of burning fat.

Drinking protein shakes containing IPE and doing exercises such as running and cycling can help you boost your fat oxidization or fat burning [3]. 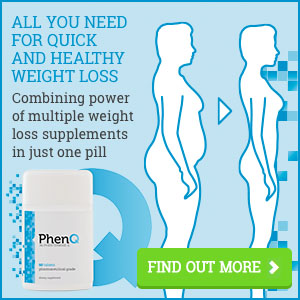 Best Over The Counter Appetite Suppressant In 2021

Keto Vs Paleo: What Is For You? | Complete Guide

Disclosure: This post has an affiliate link, which means we may get a little commission if you purchase.